A Guide To Public Transport In Paris! 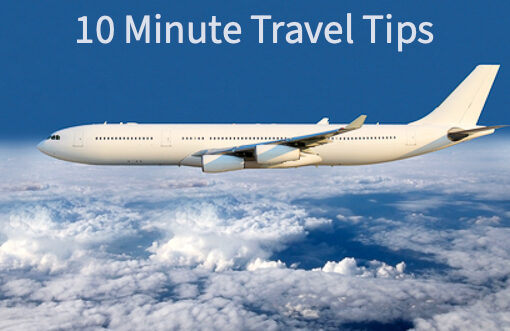 The Paris Metropolitan, or Paris Metro, is one of the most efficient and oldest subway systems in the world, the first line being completed in 1900. With some 3,500 cars, the system moves approximately 6 million people a day. All Metro lines run daily from 5:30 a.m. to around 40 minutes past midnight. During rush hours, the trains run about five minutes apart. There are 14 lines and over 320 stations. You are never more than 500 meters from a Metro station in Paris.

Tickets can be purchased at the ticket counters located inside some of the stations. If there is only an information booth in the station there will be automated ticket machines available. All of these machines take coins or a micro-chip styled credit card. Only some machines are equipped to take bills. Do not be hasty in retrieving your credit card from the machine. Wait until the screen tells you to retrieve it.

Paris Taxis are very common in the city, relatively inexpensive, and a very convenient way of getting around town. There is a basic fare set by law and there are supplemental charges for bulky packages, luggage, pick-ups at the train stations, a 4th adult passenger, and animals. It is always a good idea to ask about these charges before the ride so there are no surprises when you reach your destination. The sign on the top of the Paris taxi will tell you whether the taxi is available. If the sign is lit, the taxi is available.

There are three different rates for Paris taxis within the city:

All registered Paris taxis have meters. Do not use a taxi without a meter. It is probably a freelance driver, who may not have proper insurance. You run the risk of ruining your vacation. If you call for a taxi, the meter begins when the driver starts out to pick you up. There are taxi stands in many places around Paris. If you get a taxi there, take the taxi at the head of the line. Drivers are not allowed to pick-up passengers on the streets within 50 meters of a taxi stand. Most Paris taxi fares are cash only. Very few taxis take credit cards. It is the custom to give a 10% tip to the driver.

Paris Buses are literally everywhere. Within the city are over 4,000 buses, servicing 266 lines with a total of 5,046 stops. This system allows you to get just about anywhere and, in many cases, closer to your destination than the Metro, or the RER would get you.

Bus stops that serve Noctilien buses are indicated by signs at that stop. These bus stops are found in the busier night areas. Most Paris Bus stops are glass-walled on three sides and have bus-line maps and schedule information. They also have multi-language instructions on how to use the buses.

On top of these structures will be signs indicating the name of that stop, the numbered bus routes that stop there, and the direction-name which is the name of the last bus stop on that route.

Other bus stops are indicated simply by a pole with signs indicating the name of the stop, the bus line numbers that serve that stop, and the name of the direction, the terminal point of that route. This signpost may have a route map for that bus line attached to it. A very helpful recent addition to many bus stops is digital signs indicating the time until the next bus arrives.

Suzain Allen is a travel consultant and she has years of experience in the travel industry. She is now sharing her views about the transport system available in Paris.
If you are planning to spend your holidays in Paris, please visit www.MyParis.co.uk to find and book discount holiday packages.