How To Avoid The Most Common Travel Scams 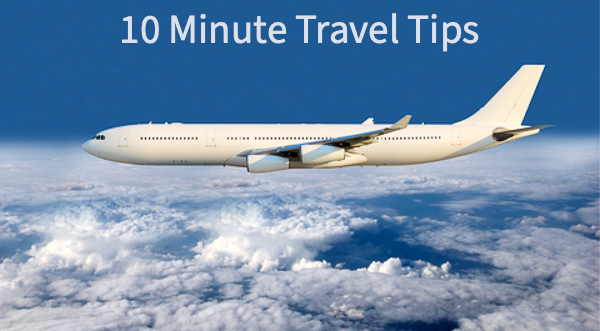 Many people enjoy traveling because it can offer us so many different things: adventure, the taste of another culture, a learning experience, or a chance to relax and forget about the worries of home. However, if you’re not aware of the dangers of traveling and of the scams that you may be faced with, your trip could soon become both very expensive and not at all relaxing. It’s well worth being aware of these common kinds of scams, so you don’t fall into the trap when you travel abroad.

Distraction scams are some of the oldest tricks in the book, but they can take many forms. The general idea is that someone will distract your attention so that your valuables can be taken from you without you noticing. This is very popular with street pickpockets, who work in gangs: someone may swoon away in front of you, people may be fighting, or you may be surrounded by child beggars asking for spare change. Just make sure your valuables are safe and not on display, and be wary before you approach any situation, and your things should be OK.

These scams take advantage of many tourists’ lack of local knowledge. The most common disguise scam involves a scammer dressing up and pretending to be a police officer, as you don’t usually know what the local police are supposed to look like. They may claim to be checking wallets and searching people for fake money in circulation, but don’t expect to get your things back in your hands once you’ve handed them over. You may not know all the police uniform in every country around the world, but there is one thing that they all have in common: identification. If you are approached by a police officer, don’t give them a thing until you’ve seen some credible ID, and remember that random wallet checking is hardly common practice among real police officers.

You may meet an apparently helpful local who offers you help with any number of things, from getting cash out of an ATM to parking your car. You would most likely be suspicious if someone in your home town offered you such help, and shouldn’t let your guard down just because you’re away on holiday: quite the opposite, in fact, because scam artists tend to prey on tourists. Just don’t let any stranger near your money, personal possessions, or anything you have hired and you should be fine.

Unfortunately, many con artists prey on the kind and generous. They will take advantage of your goodwill to extort money from you, by making up stories about why they need help. They won’t necessarily look poor either, which is why many tourists fall into the trap; some people sadly just choose to make a living this way, rather than doing it out of poverty. Be aware of young women crying and asking for money for fuel or something else that they may need. To see if their request is genuine, offer to buy the thing they need for them rather than give them the money for it, and if it’s a scam they will run away.

In terms of transport, taxis are the mode to be most wary of, because taxi drivers can get you out of busy places (where you will be somewhat safe from real harm), often on your own. Don’t pick a taxi up from the street, especially if you’re alone; ask your hotel to book one for you instead, or for the number of a trusted taxi company that they recommend. Be particularly wary of taxis at airports and train stations that offer prices well below those of other services, because once they’ve got you in their car that price will go through the roof and you’ll be forced to pay it if you want to get out of the car. Also, be wary of driving: if your car is rented or has plates showing that you’re not a local, you could be an easy target for theft. Keep the doors locked at all times, including when you’re driving, and never leave valuables in the car: they will be safer with you, hidden away in a bag or in secure pockets.

Make sure you know the full name and address of where you’re supposed to be staying, as some dodgy establishments trade under the same name of popular hotels. Scammers work in teams, and a local on the street or taxi driver could deliberately take you to the wrong hotel so their team can get your money, and they will get every penny possible straight away by selling you tours and extras the moment you set foot in the door. In the case of hotels, knowledge definitely is power.

← A Guide To Public Transport In Paris!